Section 98 of the Workers Compensation Act – Failing to comply

A former police officer who suffered “horrific and graphic traumas” from being trapped in a crashed squad car has launched criminal action after being forced to wait more than a year for a workers’ compensation payout.

Julie Heise was travelling at high speed in a police vehicle near Newcastle in 2009 when it rolled and she became stuck inside the crumpled wreckage.

She suffered physical and psychological injuries as a result of the crash and was later diagnosed with post-traumatic stress disorder and depression.

Ms Heise was discharged by NSW Police in 2015 and lodged a workers’ compensation claim in 2017, only to be dragged through a year-long process by the case manager Employers Mutual Limited (EML).

Under New South Wales workers’ compensation laws, failure to decide on a claim within two months is a criminal offence and attracts a fine of $5,500.

Ms Heise has since taken the extremely rare step of launching a private criminal prosecution against EML.

EML declined to comment on the case, but court documents make clear the company does not dispute that Ms Heise’s injuries were caused by her employment.

According to a psychiatric assessment carried out as part of her compensation claim, after returning to work following the crash she was exposed to “repeated horrific and graphic traumas … in the course of her subsequent general duties”.

EML will not say whether it has made a determination on Ms Heise’s claim, and the company has not explained why it delayed the process.

The case is now on track to proceed to trial after the NSW Supreme Court threw out an application from EML to have Ms Heise’s prosecution ruled invalid.

A spokesperson for EML said the company was unable to comment as the matter was still before the courts.

Neither EML nor the workers’ compensation authority, iCare, publish data on the amount of time injured workers have to wait for a determination.

But in just the first two months of this year, the Workers Compensation Independent Review Office (WIRO) received more than 250 complaints about delays in case managers deciding on claims. 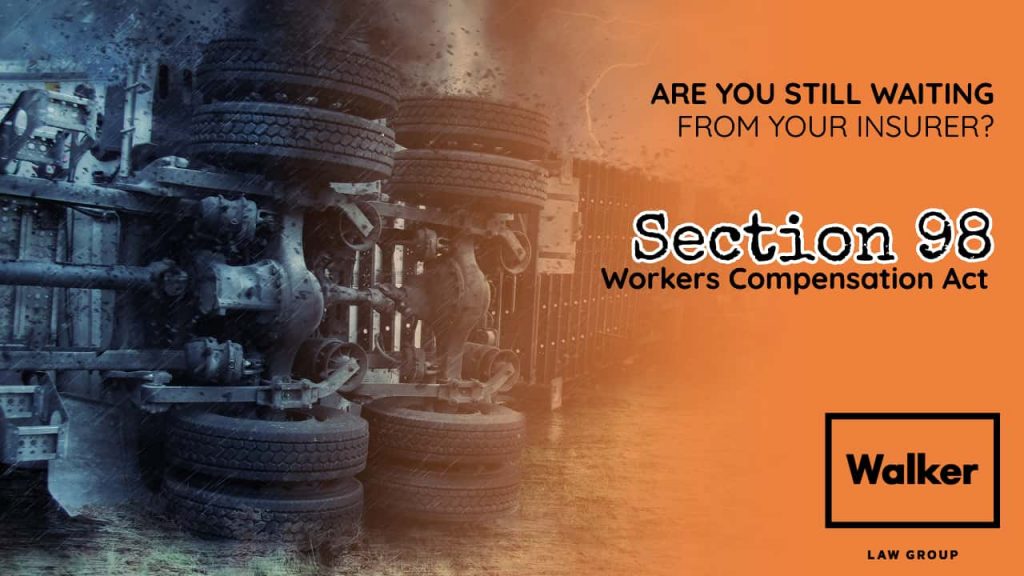 There are strict time limits for determining claims which in this case are not being met often causing severe prejudice for injured people.

Where an insurer under the workers’ compensation scheme fails to comply with Section 98 of the Act the individual injured worker can seek prosecution for the offence.

If your workers’ compensation case is at a standstill contact Walker Law Group we are expert workers compensation lawyers. 1300 363 013