Walker Law Group were pleased with another significant win for a client who was not receiving the correctly weekly compensation as calculated by icare at the time.  A staggering mistake my EML (Employers Mutual NSW Limited) and icare!

Our clients PIAWE, which stands for Pre-Injury Average Weekly Earnings, was significantly lower than what it should have been, as it didn’t consider that she was working two jobs at the time.

Kevin Sawers, from our Parramatta office, has just closed another case for a client who is a youth worker for a community organisation in the Western Suburbs of Sydney.

Our client was assaulted by a youth she helped care for and suffered a range of physical injuries including a knee sprain, lower leg strains, thumb sprain and stress on lumber spine ligaments.  Leaving her with no capacity for work since injury in April 2020.

At time of injury our client was working two jobs, which was not considered in the original PIAWE calculation.

The original determined PIAWE was calculated off just the job client had when the injury occurred, which was approx. $1400 per week.

We were happy to achieve an increase in weekly payments, which meant that the new calculated amount has increased to $2290! This is an increase of almost $900 extra per week that our client will receive. Including an approximate of $35k back pay as well.

You’ve probably noticed the push from icare to have your case reviewed as a result of many claims have been incorrectly calculated, and clients have not been adequately compensated for their injury suffered while in or around work.

Ensuring that you are receiving the correct amount of compensation that you deserve is very important and in the hurry of claims management an insurer might overlook an important aspect or fact that leads to a huge financial impact on a client.  The team at Walker Law Group knows what they are doing and won’t miss these details.  We can take over your case seamlessly and will help ensure people get what they’re entitled to.

Why do this on your own?  At Walker Law Group, we are funded by IRO (The Independent Review Office), which means there is absolutely no cost to you. 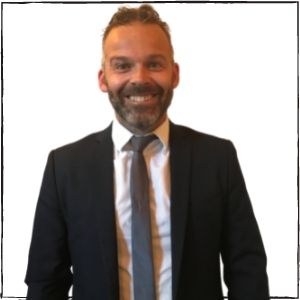